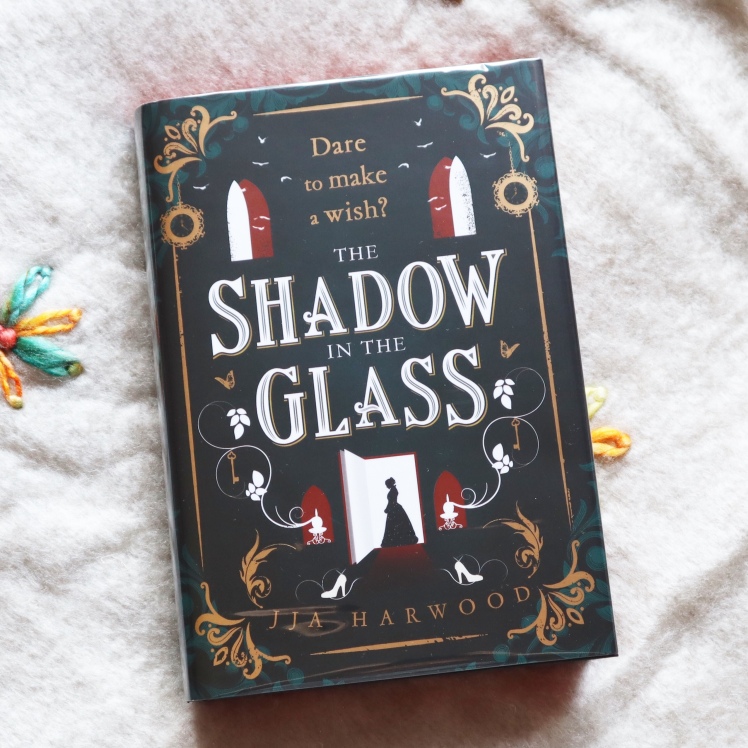 A deliciously gothic story of wishes and curses – a new dark fairy tale set against a Victorian backdrop full of lace and smoke.

Once upon a time Ella had wished for more than her life as a lowly maid.

Now forced to work hard under the unforgiving, lecherous gaze of the man she once called stepfather, Ella’s only refuge is in the books she reads by candlelight, secreted away in the library she isn’t permitted to enter.

One night, among her beloved books of far-off lands, Ella’s wishes are answered. At the stroke of midnight, a fairy godmother makes her an offer that will change her life: seven wishes, hers to make as she pleases. But each wish comes at a price and Ella must decide whether it’s one she’s willing to pay…

‘Wishes were supposed to be nice things. They were granted by smiling fairy godmothers and left everyone living happily ever after. They couldn’t leave her like this – lost in horror and disgust that was deep enough to drown in.’

Eleanor “Ella” Rose Hartley was once a little girl going on a young lady of society. However, this all came crumbling down, when her charge Mrs Pembroke suddenly died. Now Ella is forced to work for the House in which she once held higher standing; working long and hard days whilst freezing, starving and aching. But one night changes everything. A woman appears to Ella and offers her seven wishes that’ll enable her to change her life. The problem is, all magic comes with a price, and it’ll cost Ella’s soul.

To describe The Shadow in the Glass as a dark retelling of Cinderella is an understatement. It’s a story brimming with cruelty, vengeance and desire. To liken it to Laura Purcell’s work is a good starting point as I imagine other Purcell fans will notice the similarities to The Corset.

The Shadow in the Glass embodied such an ominous essence in a multitude of ways to easily describe it as harrowing. To put it bluntly, especially when Goodreads classifies this as YA, I felt this book’s nature was unnerving. There is physical abuse of the household maids, multiple references to past rape and potential future rape of maids, and also a graphic description of abortion and miscarriage. All of this left me feeling suffocated because of how gut churning and worried I was for the characters, and so, it certainly isn’t a light read.

By the book’s end, it’s easy to understand Ella’s decisions and actions even if one does not agree with them. She envisioned a particular life for herself, one she feels was robbed from her, and from where the story picks up, Ella imagines bitterly what life would’ve – should’ve – been like. It’s this bitterness in her heart that underpins everything and prevents her from seeing herself as anything but prey and a victim. She was ambitious, conceited and devious, punishingly so, often making her a rather off putting protagonist. However, in the same vein, she’s good hearted, rounding out her more questionable traits. Because of this, I found her a strong founded and well developed morally grey character.

I really enjoyed the novel’s predominant theme of power; through the power imbalance of employer and employee, societal social standing and also the magical elements of the power the wishes offered. The historical time period permitted such illustrious portrayals of Ella and her fellow maids being subject to the House’s hierarchy and the judgement and gossip of better off ladies in wider society.

The power the wishes held over the whole story, and not just Ella’s options, provided such a foreboding feeling about how things would turn out. It was impossible not to worry that things wouldn’t spell well for Ella. However, it became hard to accept that Ella wouldn’t use her wishes when she faced particular challenges, especially when it was clear how conniving Ella could be yet acted holier than thou with respect to the wishes – this issue, I felt, was primarily because of the novel’s weakest link: leaden prose. It wasn’t merely descriptive, it was excessive at times and subsequently sluggish. The book really would have benefited from its length being refined to not feel so overloaded. That’s ultimately what’s knocking my rating from 4 stars to 3 stars to an otherwise enjoyable debut.

This was a real pageturner for me – I’m talking laying awake at night itching to pick up my kindle and continue reading. I couldn’t get my mind off it. I stayed up into the wee hours to finish it. Other than some repetition and drawn out parts, this was an excellent debut. It’s not the first of its kind but it offers a grimly exhilarating spin on a classic fairytale and insight to the potential this author has going forward. Definitely worth picking up, especially if you love Laura Purcell.

Thank you kindly to the publishers and Netgalley for providing me with an e-ARC in exchange for an honest review.