Holly over at Hollibrary Books (twitter: @wordsbyholly) created this really cool book tag inspired by Crown of Feathers, and I couldn’t resist taking part, because I love a good book recommendation! Click here to see the original post detailing everything about the tag and Holly’s own answers.

So the prompts were:

1. The cover of Crown of Feathers is absolutely stunning. Pick a book whose cover you fell in love with at first sight.

2. In Crown of Feathers, Veronyka bonds with a phoenix named Xephyra. Pick an animal from a book that you would love to have by your side.

3. Veronyka and Val are sisters, but they have a rather tenuous relationship. Pick a book where the protagonist has a sibling(s)⁠—regardless of whether or not they get along!

4. To join the ranks of the Phoenix Riders, Veronyka has to disguise herself as a boy. Pick a book where a character disguises themselves.

5. Phoenixes play a large role in Crown of Feathers. Pick a book that features mythological creatures.

6. Tristan excels as a Phoenix Rider and warrior, despite his fear of fire. Pick a character you’d like by your side in a battle.

7. Sev is a soldier, trying to escape the army. Pick a character who, no matter how tough they seem, is actually Soft™.

8. In Crown of Feathers, each chapter begins with an epigraph, and you’ll also find letters and historical documents between chapters, too. Pick a book with expansive world-building and history.

9. Val can be ruthless, and does some particularly cruel things (no spoilers!). Pick a character who’s a bad b*tch—for better or for worse.

And here’s my picks! 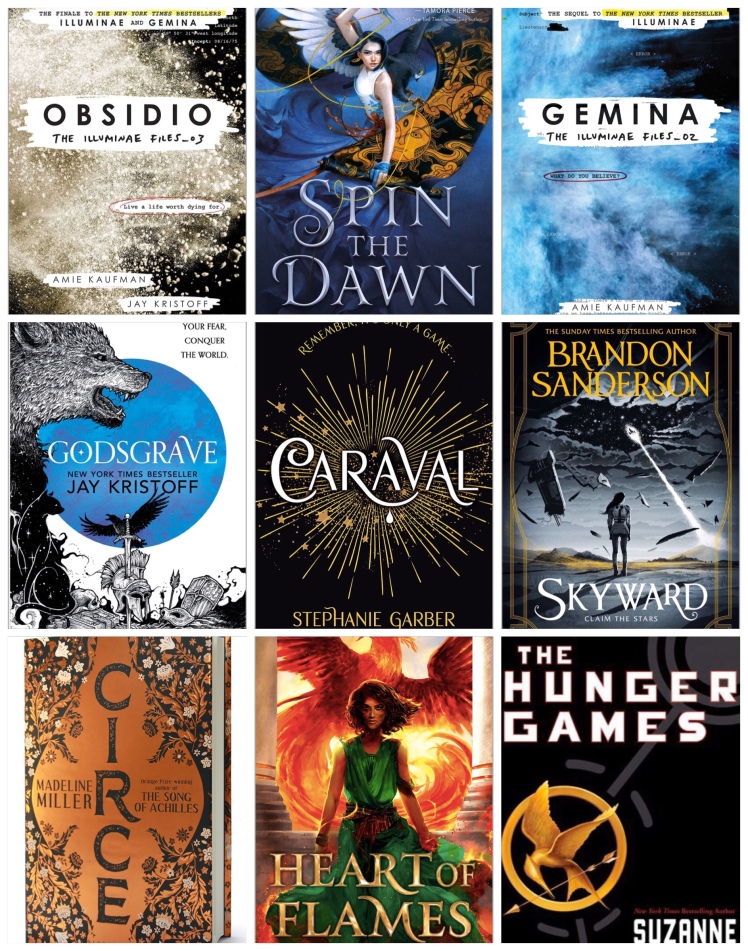 1. I’m super indecisive and there’s actually a lot of books I’ve picked up because of their cover, (I shamefully admit) but I went with Skyward by Brandon Sanderson because I remember scrolling through Fairyloot’s Fairytrove, saw it… next thing I knew I’d bought it! The cover was just too promising of galaxy adventures and danger to resist.

2. I don’t know if you’ll consider me cheating here, but the answer to my animal pick has to be Xephyra from the COF series – but! I did choose Heart of Flames, and not actually Crown of Feathers (so it doesn’t constitute cheating, right?) My other option was Mr. Kindly from Nevernight… but that book may be appearing further down the list (and I wanted to avoid duplicates).

3. The Dragna sisters from the Caraval series are one of the siblings I was introduced to in 2019, and I feel quite clever picking Caraval for the protagonist having a sibling prompt, because in Caraval’s sequel, Legendary, the roles reverse with Scarlett’s sister becoming the protagonist! I love Stephanie Garber’s books, with Legendary being my favourite.

4. I’ve picked Spin the Dawn because Maia Tamarin pretends to be her brother to enter a fashion designing contest for the emperor’s fiancé. The ending of this book has me super invested in continuing the series – I can’t wait for Unravel the Dusk.
[sidenote]: My original answer to this prompt, I realised, was actually a potential spoiler, so I had to change it… but if you want to try working out who my original pick was, that character is in fact on this list too, for a different prompt.

5. My pick is Circe by Madeline Miller who notably included the sea creature Scylla who preyed on fisherman – very few men live to tell the tale! I loved this book, it was a 5 star read for me, but be warned, there’s trigger warnings for rape.

6. An absolute no brainer (as long as it isn’t some magic based fight) I had to choose Hanna Donnelly from Gemina, because the girl blew my mind with her tactical and combat skills taking on a whole assassin squad. Gemina is a the sequel in The Illuminae Files, and is like a mashup of Die Hard and Alien.

7. I’ve went for another character from The Illuminae Files world; Aidan in the concluding instalment, Obsidio. Aidan is a super ruthless character/machine, but deep down, the AI just yearns to understand what it means to be human and loved by Kady.

8. I ended up picking The Hunger Games because not only is it one of my favourite stories, the apocalyptic world Suzanne Collins created is so relatable and frightening because she illustrates and develops the world and its story so well. I’m super excited for the prequel, Ballad of Songbirds and Snakes coming in May 2020.

9. And last but by no means least, my bad bitch book pick gives us two for the price of one! Mia Corvere and Ashlinn Jarnheim from Godsgrave. They’re both smart, sexy and sassy assassins, who carry that femme fatale vibe (especially Ashlinn). The Nevernight books are one of my favourite series ever, and I wanted to pick it for world building and animal companion too! But Mia and Ash really are my bad bitches.

I LOVED doing this tag – it let me revisit old character and stories I haven’t thought of in a while, so thank you for that Holly, and thank you for taking the time to make the tag in the first place. The prompts were so good! I tag anybody who’s taking part in the #PhoenixRidersReadathon and anyone who wants to take part in the #COFBookTag if they like the look of it! Please tag me in your post, tweet, insta etc. cause I really want to see what everyone chooses too. And don’t forget to link back to Holly’s blog!

Finally, this whole tag was inspired by Nicki Pau Preto’s amazing Crown of Feathers, which if you haven’t picked up yet, where the heck have you been?! Click here to buy it now, before the sequel, Heart of Flames, publishes on February 11th 2020. Annnnd click here to read my review of Crown of Feathers if you want some more info on it!

Right, thanks for reading bookworms! 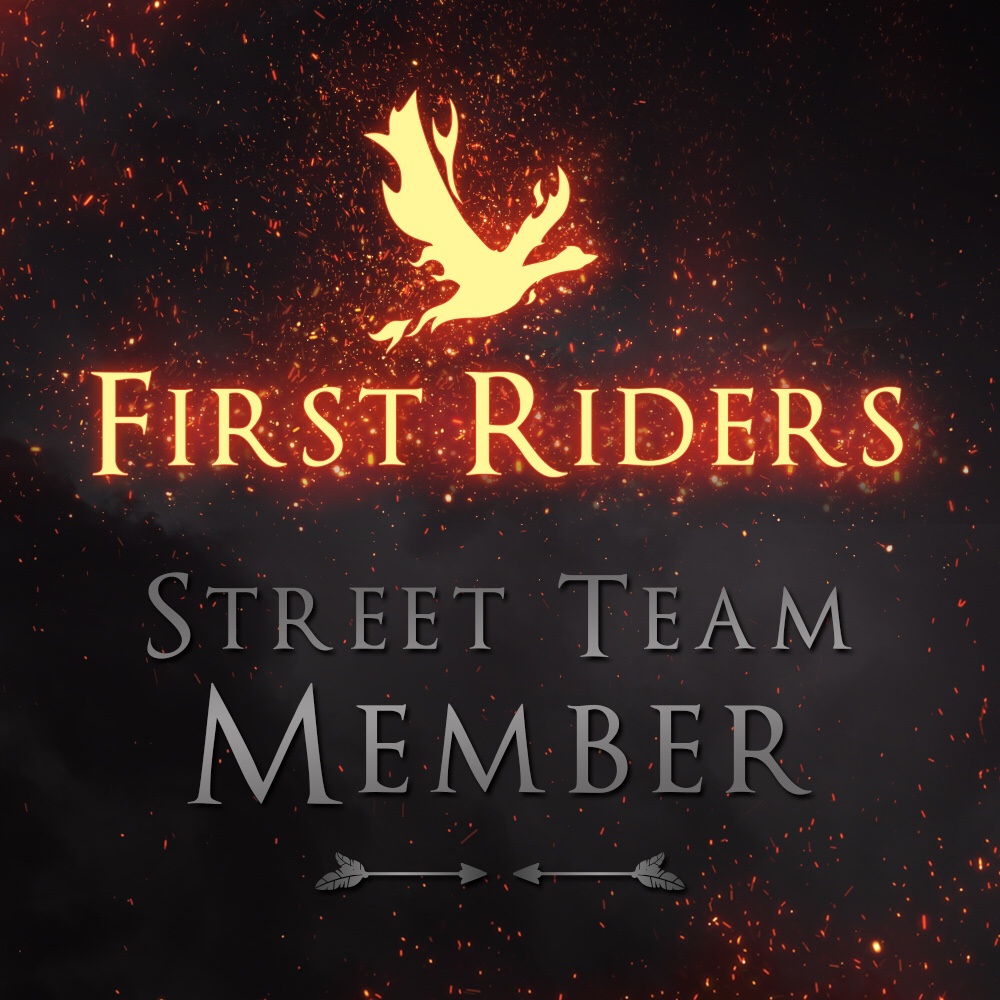